Pros And Cons To Getting A Bail Bond 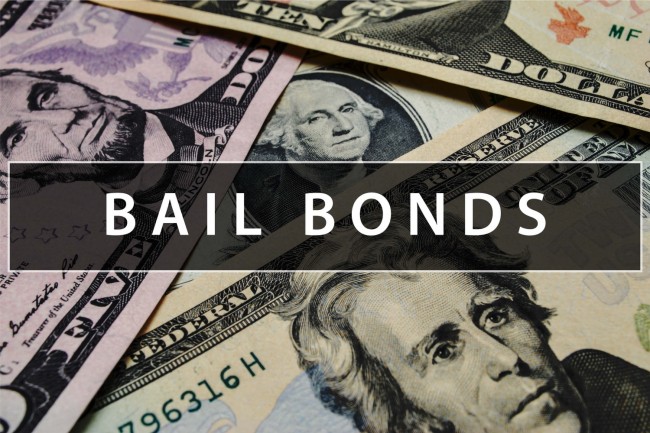 (Photo : Pros And Cons To Getting A Bail Bond)

If you find yourself on the wrong side of the law, the best way to swiftly get out of jail is by posting a bail. By definition, a bail is paid in cash by the defendant to the court in exchange for his or her freedom while the case still being heard.

The key purpose of paying bail is to provide conditional release to a defendant, who's still required to appear in court for hearings and other court-related appointments. If the defendant jumps bail or doesn't appear in court, the bail is forfeited in favor of the court and the judge issues a warrant ordering the arrest of the suspected felon. Jumping bail is another crime and thus will be added to the defendant's rap sheet.

How Does a Bail Bond Work?

A bail can come in many forms, with bail bond being one of the most common types. While the suspect can choose to pay the bail in cash, a bail bond is an attractive proposition for most, as it allows for a 10% payment of the total bail amount. For this, an accused has to connect with bail bonds agent to pay the amount on his or her behalf. Bail bonds agents and companies charge fees and commissions separately from the bail bond.

Bail guarantors appear in court to provide assurance that the bailed-out suspect will appear before court on schedule.

If you're in a hurry to bail out but don't have enough cash on your pocket, consider tapping the services of a bail bonds company.

Bail bond companies are accessible. It's a bummer when you want to get out of jail the soonest, yet can't, because the offices are closed in the middle of the night. One of the main advantages of a bail bond office is that it is open all the time. For instance, Bail Bonds Bros - 24 Hour Bondsmen is a bail bond company which earned its moniker because of this fact.

Bail bond firms can help you get out of jail quickly. As mentioned, some bail bond companies are open any time of the day. Hence, you can transact with them even in the dead of the night. Once contacted, a bail bonds agent will start the processes to secure your release right away. They'll take care of all the paperwork on your behalf so you don't have to go through the lengthy process of getting various documents from several offices. Choose your bonds agent or company wisely, as reputable firms typically have better leeway in the approval process, owing to their clean track record. All of these elements cut your release time considerably.

Bail bond agents are professionals. Additionally, bail bond agents are experienced professionals who know how the process works. Aside from the documentary requirements, these agents know where to go and whom to approach for a quick and seamless transaction. However, some individuals do take advantage of this process to dupe unsuspecting clients and solicit money from them. So, you have to be very careful and make sure that you only work with reputable and licensed agencies.

Bail bonds require you to pay only 10% of the bail amount. When paying the bail in cash, the court requires the accused to pay the bail amount in full. This leaves the accused with compounding monetary issue, as he or she still need to pay a criminal defense lawyer to represent him or her in court. With a bail bond, the accused is only required to pay 10%, as the bail bonds company gives assurance to the court that the defendant will not disappear or jump bail.

Paying for a bail bond is easier on the pocket. Some bail bond companies accept easy payment plans to further help you out with your other financial obligations. If the bail bond involves a great amount of cash, an accused can use his or her high-value asset, such as a property, as collateral. Selected companies offer discounts to service men, retired individuals, and union members.

As promising as it sounds, not everything is rosy when it comes to seeking the help of bail bond companies.

Bail bonds fees are non-refundable. Unfortunately, you cannot recoup the 10% of the bail amount you handed over to the bail bonds agent. By agreeing to guarantee your cooperation with the court, the bail bonds agent is risking his reputation and putting himself or herself on the line. So, think of it as a paralegal assistance fee.

Bail bonds require third-party involvement. Much as you would want to keep your case under wraps, you can't avoid sharing personal information with your bail bonds agent. While an agent is sworn to uphold data privacy and confidentiality, you're never 100% assured that your private details won't be compromised.

Paying your bail in cash or via bail bond can be a confusing decision, and we hope to have helped you in coming up with an informed decision. Whichever you choose, make sure you have enough cash left to pay for a good defense attorney-- the only qualified person who can turn your temporary liberty into permanent freedom.