Chromebook Sales Have Skyrocketed: What Sets Them Apart? 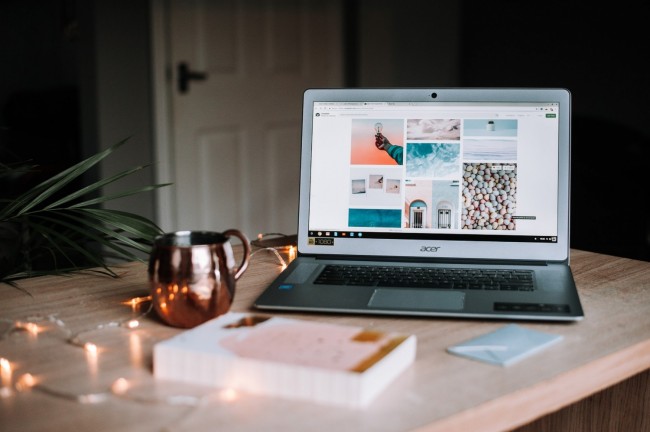 (Photo : Chromebook Sales Have Skyrocketed: What Sets Them Apart? )

"Chromebooks have become the phenomena of 2020," says Ilan Sredni of Palindrome Consulting, Inc.

Is Google-powered hardware really better? Are customers generally more interested in the Chromebook's software? The price?

What really sets Chromebooks apart from the competition?

That's what we set out to know when we started asking IT experts what they thought about the amazing spike in Chromebook sales during the third quarter of 2020.

Here's what they had to say. But first ... a little background.

What's the Deal With Chromebook Sales?

Anything odd or notable that happened in the year 2020 can generally be traced back to one thing: the global pandemic that we are all still going through. COVID-19 changed everything, including the way Americans interact with technology. In fact, this was one of the biggest changes that happened as a result of the pandemic. Even just one year ago, most of us had a drastically different relationship with technology than we do today.

Most notably, more people started to need technology at home. If they were used to having a "work computer" (usually a desktop or sometimes a laptop), they may or may not have been able to take it home with them as work from home orders were doled out by the masses at the beginning of the pandemic. In the event that they could not take their computer home with them, they would have to purchase a cheap yet reliable laptop or tablet.

Likewise, the millions of children and young people who were forced to start doing school work from home needed a way to access reliable technology as well. Nearly every school began to use Zoom and other video conferencing technologies right away. Students needed to be able to contact their teachers or classmates through email or instant message, and they needed a way to hand in work and receive assignments.

Of course, in all of these cases, purchasing a brand-new computer in the middle of a pandemic and financial crisis meant that cheap computers sold faster than expensive or even middle-of-the-road models.

In Q3 2020, sales of nearly all types of tablets enjoyed huge surges, but Chromebooks still dominated everything. That quarter, Chromebooks had a whopping 122% rate of growth.

Let's take a look at why Chromebooks outperformed their competition so well.

What Sets Chromebooks Apart and Why Have They Gotten So Popular? IT Experts Weigh In

They're excellent for remote learning.

"The lack of bloatware and reduced cost make it a product that is appealing to the business and student user base," said Ilan Sredni. "From a student's perspective, a lower budget narrows the field as to what is available to them. From the business standpoint, they almost become disposable devices that users can have ... assigned to them."

Mark Hicks, President of Mathe, Inc., agreed and has personal experience in this realm: "My daughter in high school, like so many others with the shift to remote education, was given a Chromebook. Luckily, they had already been using Chromebooks since middle school - supplied by our school system."

Nick Allo of SemTech IT Solutions said the same: "I think Chromebooks gained a lot of popularity for kids and remote learning," he said. "They have little setup and configuration ... [and] are more affordable."

Nick did note that they probably won't be replacing Windows, however: "They do not have the versatility to be managed and support all the programs you can in Windows."

They're not a significant investment.

We often forget that at one point, everyone thought we would be returning to work in a matter of weeks or - at most - a month or two. Of course, that would prove terribly inaccurate. Still, many people purchased at-home tech thinking they would only need it for a short while. For this reason, they may have chosen Chromebooks over other, more substantial devices.

"Chromebook's lower cost is what attracts a lot of people to them. For the most part, these are computers designed to run a web browser and other cloud-enabled applications," said Cameron Call, Technical Operations Manager at Network Security Associates, Inc.

They may have been the only thing available.

In some areas, according to Alexander Freund of 4IT, Chromebooks were the only game in town. "I believe their popularity last year was caused mostly by the lack of availability of Windows laptops once everyone began the work remotely and organizations needed laptops," he said. "We had a large customer purchase about 100 of these because they simply couldn't get more Windows laptops."

They don't ask for much.

"The Chrome OS operating system is lightweight and consumes less battery than any major competitor," said Don Baham of Kraft Technology Group. "Since the design of the operating system is that all the applications are cloud-hosted rather than stored on the laptop, the resources needed to power a Chromebook are less expensive, leading to a greater adoption for academics and enterprises alike."

Kenny Riley of Velocity IT agreed: "Chromebooks run Chrome OS, a very minimalistic operating system compared to Windows or Mac OSX. Thus, Chromebooks have lesser hardware requirements, which not only makes them a more cost-effective option than today's laptops and Macbooks but provides more bang for the buck in terms of performance compared to these devices."

Despite these benefits, Baham also noted a downside - namely, that the Chromebook absolutely must have a reliable and robust Internet connection in order to work properly.

They're filling a hole left by Microsoft.

"Microsoft is no longer focusing on their Windows 10 operating system to run their core suite of products. Now the entire Microsoft Office suite and complimentary Office 365 applications such as PowerBi, Project, Sway, Teams, Planner, etc. can be run on any device." Because of this, says Carl, "it has opened the door for Chromebooks to be used in the corporate environment. Using the existing Microsoft infrastructure, IT Departments can now manage fleets of Chromebooks from one interface along with other Windows and Mac devices."

They're just nice to have around.

"We used them successfully as a remote access tool for VDI," said Ian Brady of Steadfast Solutions. And this seems to be the sentiment of many MSPs: They're a "lower cost upfront [and have] minimal endpoint risk." What's not to love?

As Cloud Technology Continues to Advance, Chromebooks and Similar Devices Will Continue to Sell Well

One final note on the recent popularity of Chromebooks: Their sudden success isn't all because of the pandemic.

As 365 Technologies' Michael Anderson noted: "As cloud solutions continue to improve in their quality and performance, the requirement for expensive laptops will also decline. More than ever, users are able to access everything they need through the browser." In the end, this will make Chromebooks [and other cheap but well-equipped devices] the best options for the masses.