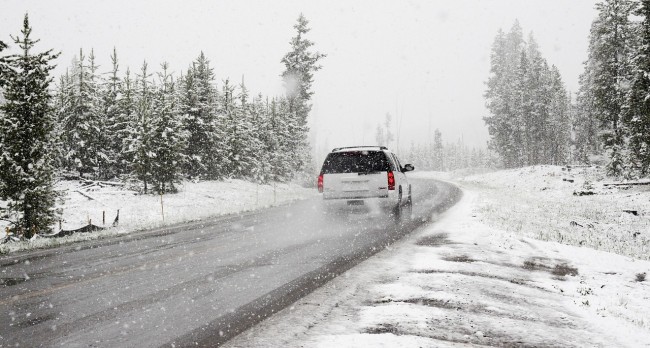 When you drive in an aggressive manner you not only put your own life at risk but also endanger the lives of pedestrians and other motorists. Aggressive driving may consist of many different behaviours, including tailgating and blocking motorists from passing.

Speeding and excessive lane movements may also constitute forms of aggressive driving that can endanger lives.

What are the factors contributing to aggressive driving?

People who feel angry, frustrated or agitated may lash out in the form of aggressive driving. They may use road rage as a form of cathartic catalyst in order to blow off some steam.

Younger drivers may also be more likely to drink and drive, or drive while under the influence of drugs. A person's personality or personal traits may have an impact as well.

For example, someone with a Type A personality may have a sense of time urgency. As such, they may feel the urge to drive aggressively due to fear of being late to work or some other event.

Some people are also more susceptible to rage and aggression due to a genetic predisposition like bipolar disorder. Different situational factors that have nothing to do with a person's genetic makeup may also trigger or induce acute bouts of aggression or rage while on the road.

For example, people may be more susceptible to road rage during the holidays where tensions tend to be higher due to the added pressure involved with visiting/hosting family and organizing events.

What are the major types of aggressive driving behaviours?

Excessive horn use and speeding while in heavy traffic are examples of aggressive driving behaviours. Weaving in and out of traffic is also very dangerous and running red lights may lead to a very serious accident that can prove fatal.

Following improperly or tailgating can also lead to an accident and cutting other drivers off is a telltale sign of poor driving etiquette.

Plus, blocking vehicles that are trying to switch lanes or pass is an aggressive driving behaviour that should be rectified as soon as possible.

Also, courteous drivers should properly signal to notify their fellow drivers that they are planning to switch lanes. Failure to do so may be seen as an aggressive act by other motorists.

How to avoid aggressive drivers?

Controlling your speed may help you avoid aggressive drivers and their wrath. You should also turn on your indicator before you make a turn and driving in a calm, collective and defensive manner will help protect you and your loved ones.

In addition, it is highly advisable that you avoid making eye contact with aggressive drivers, as they may perceive your eye contact as a sign of contention or disdain.

By keeping your cool while you drive and by driving in a courteous manner you will be less likely to deal with drivers with road rage.

How to deal with aggressive drivers legally?

If you have an issue with an aggressive driver, then you should pull over as soon as possible. Keep calm and let them leave the area so you can avoid a potentially violent confrontation.

In the event that the situation escalates, contact the police. You should also call an auto accident lawyer as soon as possible. Explain what happened to you and your car in detail so that they can do their job and prepare a case for you.

Do not, under any circumstances, accept a settlement proposal until you have convened with your legal counsel.

Be Safe, Be Smart

Innocent pedestrians may also be the target of reckless driving, such as being hit by a speeding vehicle.

If you encounter an aggressive driver it is imperative that you do not stoop to their level. Rise above, remain calm and allow them to exit the scene before you call the police and/or your lawyer.

A lawyer who specializes in auto accidents will help prepare the ideal case for you so that you can obtain the justice that you need and deserve.