What’s At Stake in a Car Accident Lawsuit? 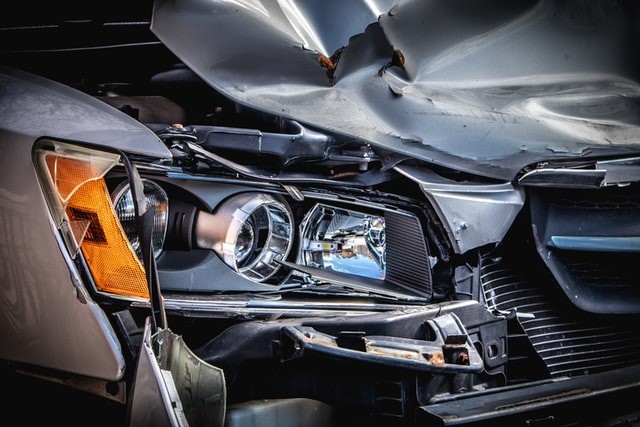 (Photo : How Long Does It Take to Settle a Car Accident Case?)

Generally speaking, any scenario that recommends seeking the help of a lawyer ought to be deemed a serious legal matter. A common misconception is that people can file lawsuits whenever they feel that they've been wronged enough. That simply isn't true. In fact, the law discourages the filing of lawsuits until all amicable means to resolve a matter have been exhausted.

This article is not only meant to grant readers insight into what's at stake in a car accident lawsuit, but also to help readers understand what exactly they're getting themselves into when they allow a problem to escalate into a lawsuit.

What Is a Car Accident Lawsuit?

A car accident lawsuit is a civil lawsuit that helps claimants recover money for having suffered from the accident. Damages can include compensation for:

The compensation to be awarded by the court is the sum total of all applicable costs. For minor accidents, this is usually a matter of adding up medical bills and repair bills and by applying a multiplier. However, things become significantly more complex with cases that involve vehicle replacements, pain and suffering, permanent physical disability, trauma, and wrongful death, in which case, the multiplier will also increase depending on the severity of the claimant's injuries and if there were aggravating circumstances.

How Damages Are Computed: The Multiplier Method

The multiplier method is used to calculate the cost of pain and suffering damages by applying a multiplier to the sum total of all special damages. The rationale behind the multiplier method is that injuries that require urgent hospital treatment are always the result of more serious car accidents. The multiplier applied increases or decreases depending on the extent of the claimant's injuries, aggravating circumstances, and the time needed by the victim to recover.

For example,  if the medical bills incidental to a car accident cost $8,000 and the injuries sustained by the claimant resulted in $2,000 in lost wages, the sum of the actual damages will be $10,000. A multiplier is then applied, which usually falls between one and two  for minor accidents such as a simple fender bender. If the multiplier applied was x2, the total compensable amount would be $20,000.

In cases involving serious accidents, a multiplier of three or four may be applied. In instances when severe injuries and aggravating circumstances are involved, the multipliers applied will be greater than five. It's also important to note that if the claimant's behavior or negligence was a significant contributor to the accident, this may be used to lower the multiplier used to assess your compensable damages.

How Damages Are Computed: The Damage Formula

When using the damage formula, the at-fault party's insurance adjuster multiplies the amount of special damages (which include pain and suffering, emotional damages, and permanent disabilities) by one and a half to three for minor injuries. Injuries that are more severe and painful are multiplied by five or more. The resulting figure then becomes the foundational basis for negotiations. The final amount can either increase or decrease upon appreciating additional facts pertinent to the accident and the injuries sustained from the same.

What Happens When I Lose a Car Accident Lawsuit?

There are two paths that a client can take after losing a car accident lawsuit. After judgement has been rendered, the at-fault party will be obliged to pay for damages. While this is executable from the moment of judgment, it is not necessarily final. If you feel that that the resolution was flawed, you may file a motion for reconsideration in Appellate court.

You won't be forced to pay damages while the appeal is underway, but note that the stakes are going to be much higher because of the mounting court and attorney's fees. This is why it's always best to get ahead of any issues as soon as you can by hiring the best car accident lawyers that you're able to find. Seasoned car accident lawyers like the ones from www.gtakg.com are always worth the cash and peace of mind.