Nursing Home Abuse: What You Need To Know 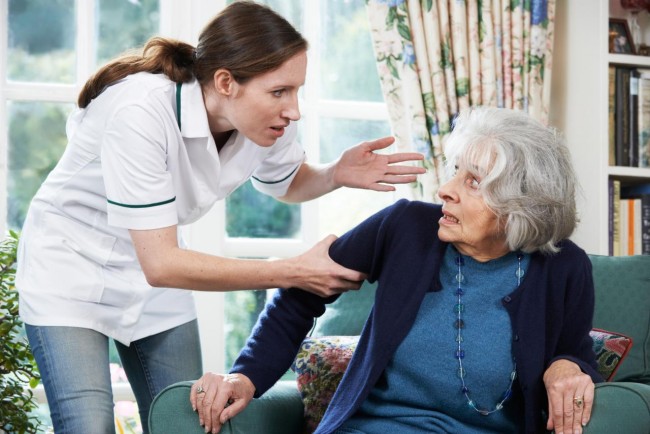 (Photo : Nursing Home Abuse: What You Need To Know)

If you have an elderly relative placed in a nursing home, you're probably concerned about their welfare and safety while in that facility. It's normal to worry about your elderly relative because you're not there most of the time to observe how they're being treated. However, this goes beyond worrying about whether or not they're getting the best hearing aids or their favorite brand of almond butter. But the last thing you want is for your relative to be abused while they're staying in the nursing home.

Fortunately, there are some warning signs that you can take note of to know that your relative could be subject to abuse by nursing home employees.

Along with the warning signs, here are also important facts that you need to bear in mind should you find evidence of abuse:

This is why it's important to regularly visit your senior citizen relative in the nursing home. It's equally important to have open lines of communication with them so that they can freely report the abuse to you as soon as you visit. Then, you can try to validate the report of physical abuse.

Some early signs of physical abuse are:

- Fractured bones
- Bruises
- Welts, such as those left behind by being struck with belts
- Damaged personal belongings, such as broken eyeglasses

Some nursing home employees may refrain from physical maltreatment but may abuse seniors in their care in other ways. This could take the form of emotional abuse, which can affect the psychological or mental health of the seniors.

Some early signs of emotional abuse are:

- Abrupt changes in behavior, including becoming socially withdrawn
- Becoming clingy or afraid of being left alone after your visit
- Resorting to repetitive behavior, such as mumbling to one's self or rocking back and forth for hours
- Refuses to take medication

This is when a nursing home employee manipulates the emotional and psychological state of a senior in their care for financial gain. This kind of abuse allows the employee to gain access to funds held in the senior's name.

Some early signs of financial abuse of seniors are:

- Becoming secretive and refuses to return some financial documents
- Lose financial documents such as bank account passbook and checkbook
- Being billed for unexplained expenses, including 'additional' services at the nursing home
- Releasing funds for donation to 'charitable' causes that you never heard of before
- Making monthly payments for programs that you were not informed of before
- Claims loss of memory when expenditures are being assessed

Some seniors are not physically, emotionally, or psychologically abused. However, they may still suffer when they're neglected by the staff at the nursing home.

This is a common occurrence in some nursing home facilities. The problem is, you may be paying for the senior's care but there's little to no care given on behalf of the senior. In a way, this can be considered a sign of financial abuse.

Some critical signs of neglect in a nursing home are:

- Subtle or obvious lack of concern by the staff for the welfare of the senior
- Finding the senior to be wearing soiled diapers, underwear, and other clothing
- The senior looking seemingly dehydrated
- The senior's back being covered with bedsores
- Unexplained and significant loss of weight
- A dirty appearance of the senior due to lack of care by the staff
- The senior's room remaining filthy and generally un-cared for
- Senior getting sick often with illnesses not being reported right away to the next of kin or to their doctor
- Staff taking their time initiating changes in medication ordered by the senior's physician
- Staff refusing to address problems that require timeliness, such as cleaning cuts and scrapes on the senior's body

Correct Steps To Take If You Suspect Nursing Home Abuse

Abuse of seniors in a nursing home can be more prevalent than you're actually aware of. But it can be stressful to find the pattern of abuse, especially if the abuser is an employee or part of the management of the facility.

To protect your senior relative and your family in general, it's advisable to take the following steps:

- Bring your senior relative to their doctor right away. By examining the senior's body, the doctor can document the trauma suffered by the senior.

- Consult a lawyer immediately to seek legal advice. Take note that this precedes any legal steps you may take, including writing a letter of complaint with the management of the nursing home. Thus, refrain from complaining in writing until your lawyer has examined the risks. After all, there's a tendency that the staff and management of the nursing home may retaliate against your senior relative in your absence.

- Until you can make crucial decisions regarding their safety and care, bring your senior to your home for safety. It's advisable to have a cool head when making these decisions so you won't be hasty in coming to conclusions.

- If your lawyer agrees, you may report the abuse of your senior relative to the police. Then, it's up to the police to go to the nursing home to conduct an investigation.

- Conduct a family meeting so that you can inform every family member of your suspicion in the nursing home. Remember, the safety of your family, including the senior relative, should be your first priority.

- If there's sufficient evidence, you may opt to file a lawsuit against the nursing home. Some people are afraid to do this because they fear retaliation by the nursing home staff and management. You may also lack sufficient funds to pursue a lawsuit. If this is the case, study your options so you're assured that you're on the right side of the law.

The safety of your senior should always come first. After that, you can take the legal steps required to address the abuse problem.